THE WESTERN OR PRAYER BOOK REBELLION OF 1549 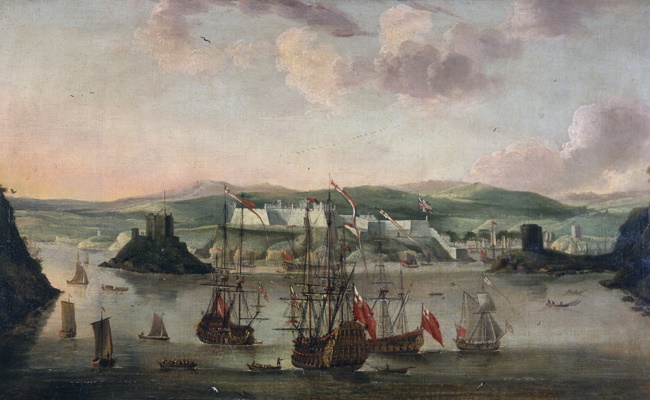 By 1534 Henry VIII had enacted legislation making him Supreme Head of the English Church of England over the Pope. The Pope a tad miffed at the loss of church revenue and his own political power retaliated by excommunicating Henry effectively sealing Henry’s very own 16th Century Brexit. Conveniently Henry now dissolved the majority of Catholic Monasteries and all their lands and wealth passed to the Crown. The Priory at Plympton was dissolved in 1539 and as Drake’s Island was part of its estate it became Crown Land.

Henry VIII died in 1547 and left a mixed legacy to his son, the 9 year old Edward VI. Henry although pushing through the Reformation and making his subjects swear loyalty to him over the Pope hadn’t banned Catholic practices outright and remained Catholic himself. However he had started the Book of Common Prayer, a protestant form of worship and the dissolution of the monasteries took away from the poor their only form of care when destitute or ill and their only chance of education. Henry was also financially wasteful and had spent extravagantly on wars, taxes were raised on the wool trade which impacted negatively on the mainly Catholic farmers of Devon and Cornwall. By the time Edward was crowned the people were vexed about what was their 16th century version of a social security net being taken away and the financial hardship of additional taxes. However Edward and his Protestant advisers pushed through an even more radical agenda. Additional religious reforms, including banning mass and compulsory services in English through the Act of Uniformity, increased the tension further. Finally when the Common Prayer Book was finished and introduced in 1549 open rebellion occurred in Devon and Cornwall.

It initially started spontaneously at Sampford Courtenay in Devon when a magistrate, William Hellyons, enforcing the law was run through with a pitchfork by some particularly vexed Catholic parishioners. The parishioners then marched to Exeter to protest the new law. On the way a huge number of fellow Catholics joined them and Exeter ended up being besieged by several thousand rebels. They adopted the slogan “Kill all the Gentlemen” as the gentry were generally protestant and the beneficiaries of the reforms. Drake’s Island, described at the time as well defended, was one of a number of safe havens used by the protestant refugees to keep safe from the rebels.

One such refugee may have been Edmund Drake, a protestant farmer and lay preacher as well as the father of Sir Francis. Edmund was struggling financially and had been accused of robbery and horse theft in 1548. He and his family, including a 9 year old Francis, realised fleeing was probably a good idea. Some reports state the family used Drake’s Island as a stopping point on their way to Medway in Kent although the Island seemed to be generally used for refugees from Cornwall. Once safely in Kent Edmund was eventually appointed a protestant minister to Upnor, near Chatham, and the Navy. Other reports state Francis stayed with the Hawkins family in Devon before joining his family in Kent three years later aged 12. Either way once in Kent Francis began a sailing apprenticeship that set him on a course for fame in England and infamy as El Draque – The Dragon – in Spain. Back to the Rebellion and typically for the period the Crown hired mercenaries including Italian hand gunners and German land knights to deal with the rebellion as the only standing force was the Yeomen Bodyguard of about 500 men. The rebels were no match for professional soldiers and were eventually defeated after a number of bloody encounters including one that involved the slitting of 900 rebel prisoners throats.

One other legacy Henry VIII left his son Edward was the beginnings of the English cannon industry. Technology bought in by Henry hiring Italian craftsmen and taught to English artisans meant that bronze and iron cannon could be manufactured in England without the need to import from the continent. Considering that Catholic Europe was unlikely to arm her most likely foe, Protestant England this was most fortunate. The cannon had a range of around 600 yards which coincidentally was about the distance from the Island to the Plymouth shoreline directly opposite the Island. This meant cannon on the Island could engage enemy ships assaulting Plymouth. Next week the first defences on the Island built on the orders of Edward VI as the Island becomes a key point in Plymouths defences for the next 400 years.