THE WARS OF GEORGE II AND HMS CONQUEROR RUNS AGROUND 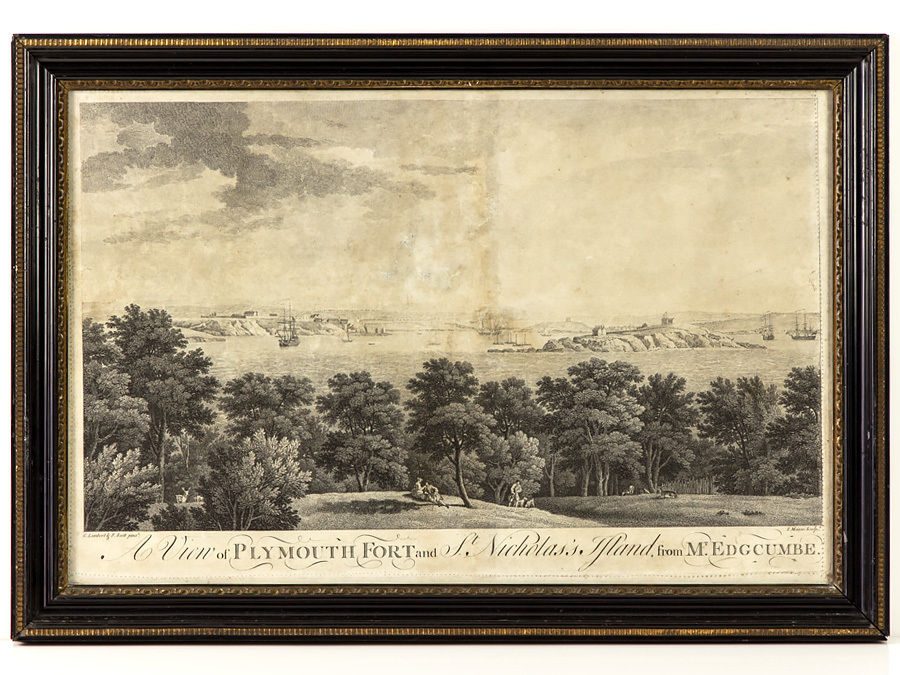 George I died in 1727 of a stroke and was succeeded by his son George II. Britain unusually had been at peace for nearly 7 years in Europe and a couple of years in North America after the conclusion of Drummers War against the French and their native allies. Although the counties throughout Britain still had to raise Militia for Home Defence, although they could volunteer to serve overseas, there was now an expanded regular Army. 40 infantry Regiments, in addition to the Guards Regiments, were now in service. Previously known by the name of their Commander they were now numbered. By the end of George II reign that number had increased to 70.

George was a keen student of military tactics but peace continued until 1740 much to his disappointment. However when an English merchant Captain by the name of Jenkins allegedly had his ear cut off by the Spanish that was good enough to start a war with the Spanish and draw the French in as well. Numerous smaller nations joined in on either side although Saxony hedged her bets and fought on both sides. The War had a North American theatre, known as King George’s War and also spread to the Indian subcontinent where the British East India Company fought the French equivalent. He also had to contend with a French supported Jacobite rebellion in Britain which included the final ending of the Jacobite cause at Culloden.

On the Island there were no new buildings, the gun platforms were still situated all around the Island, the Governors House, Barracks for 300 soldiers and Stores rooms were at the top of the Island with the newer Gunner Barracks and guard room were at the West of the Island. The Governor of the Island Charles Churchill died in 1745 and was replaced by Charles Murray, 2nd Earl of Dunmore. Although the Navy was dominant it still wasn’t unchallenged and there was still a threat of invasion and to Devonport. Although I can’t find any documentary evidence the Island was probably fully manned and as earlier used as a staging post for troops leaving for the American, Indian and Mediterranean theatres of war as it had previously. The war ended in 1748 with no real gains made by any side and it was more an armistice providing an opportunity for both sides to resupply and rearm.

By 1754 hostilities resumed in the Seven Years War again across Europe, America and the Indian Subcontinent. Charles Murray had already been replaced as Governor by John Ligonier in 1752 who was the first Frenchman to command the Island. He was a Hugenot (protestant) exile who fought for the British with such distinction he gained the rank of Field Marshal. The Island most likely continued as before with its existing defences and batteries manned against invasion and to defend Devonport whilst acting as a staging post for foreign deployments. Although the war hadn’t concluded until after George died the main engagements had been fought and ended in Britain’s favour. Robert Clive in India and James Wolfe had defeated the French which lead to a weakened French presence in India and Quebec and New France ceded (Canada) to Britain. Britain also gained some of the French Caribbean possessions. In Europe Britain successfully defended her outposts in the Balearic Islands and Hannover. At sea a couple of decisive battles were fought that resulted in British victories including the Battle of Lagos in 1759 off the coast of Portugal which ended any threat of a French invasion of Britain. During that year John Ligonier retired and was replaced by Lieutenant General Richard Onslow. By this time and at least since Tudor times there were personal slaves of Royal Navy Officers and Army Officers as well as black freemen serving in the British military. Olaudah Equiano was one who fought at the Battle of Lagos as a slave whose role was to bring gunpowder to the guns during battle and later served in the Royal Navy as a Free Man before becoming a leading Abolitionist in Great Britain. However I digress, one of the ships that fought in that engagement was the 68 gun 3rd Rate Ship of the Line HMS Conqueror who on her return to Plymouth ran aground on the South East shore of St Nicholas Island.

The Captain of the Conqueror was William Lloyd, however it was the pilot, Henry Harris ended up getting the blame and was jailed for 18 months whilst Lloyd went on to become an Admiral. The Conqueror, built in Harwich cost £23,282,2s.2d to build and £1,317,15s.10d for fittings. After successfully fighting the French as part of the Western Squadron based in Plymouth, on 26th October 1760 she was to be bought into the Hamoaze and the pilot, Henry Harris, boarded her. Documents of the time describe the events as follows. The tide was running at half ebb and the wind was from the south-west. As they began to weigh anchor the wind shifted south south-east and very quickly HMS Conqueror found herself about a mile from the south-east corner of the Drake’s Island, not far from Pilot Shoal. Harris ordered the foretopmast sails to be hoisted which promptly broke and the ship found herself into the wind so Harris ordered the mizen (rearmost) be hauled up and seeing that the shore was close the small bower anchor was let go. Harris claimed the Master (presumably Captain Lloyd) then came on deck and ordered the sails to be filled and the cable cut. Harris protested claiming that the ship would soon be “bodily ashore”. The Master according to Harris ignored his advice and the ship fell broadside onto the rocks. The masts were cut away and guns of distress were fired. Upon hearing them Commissioner Frederick Rogers of Devonport Dockyard sent assistance. Rogers noted nothing could be done for the ship as she was bilged and stuck fast on the rocks. He then ordered the men taken off. The Master was left with a skeleton crew to assist removing the stores and guns over next few days as the ship was stripped and abandoned as a wreck. All guns and crew were saved.

The day before the Conqueror ran aground George II died a somewhat ignominious death aged 77 on the toilet from a heart attack. The Seven Years War was as good as won although it continued until 1763 under George III. At this time the defences listed on the Island were given as 23 x 32 pounder guns, 6 x 18 pounder guns, 2 x 13 inch (inches refers to barrel diameter) mortars. Mortars were designed to lob shells in a high arc and drop them on their targets whereas the cannon fired more directly at the target. The brief tenure of Richard Onslow as Governor ended with his death in 1760 being replaced by Groom of the Bedchamber Lieutenant General John Waldegrave, 3rd Earl Waldegrave.

Before we look at Britain’s next major war against the treasonous tea hating colonials in America I’ll be writing about the Island’s role in solving the problem of longitude and then about the first recorded submarine fatality which happened just off the North East of the Island.