THE PRIORS OF PLYMPTON; WAS THE ISLAND ORIGINALLY CORNISH? 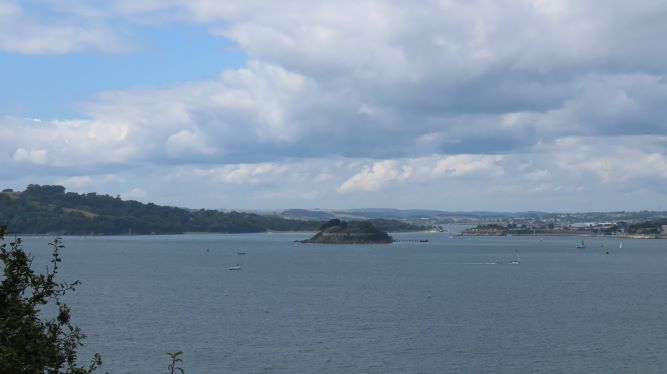 By 1280 but most likely earlier St Nicholas Island was granted by someone in the Valletort family to the Priors of Plympton. The Priors also controlled much of Sutton which would later become Plymouth when it was incorporated by Royal Charter in 1439 during the reign of Henry VI. The ownership of the Island by the Priors does have its controversies and mysteries during this period up to 1539 when Henry VIII dissolved the monasteries and the Island became Crown land. Amongst those are whether the Island was rededicated to St Nicholas by the Priors, whether it is Cornish or Devonian, whether the Island was a form of customs house up to the incorporation of Plymouth and did it become part of Plymouth as part of the Royal Charters as some later politicians, notably Isaac Foot in the 1950’s, claimed to justify the return of the Island to the City of Plymouth. Unfortunately although some royal records survive the records of the priory are lost so it is difficult to be definitive about some of the issues.

Most historians take the change of ownership as the time when the St Michael’s chapel and the Island were rededicated to St Nicholas. However whilst the Island certainly became St Nicholas Island as this name was used in all official documents including Royal Charters the rededication of the Chapel is less clear. A letter in 1548 by the Privy Council to the Corporation of Plymouth still calls the chapel “St Michaelles” whilst the Island is referred to as St Nicholas Island. The difficulty is that the chapel is not mentioned anywhere except in this letter and it seems to be an assumption by later antiquarians and historians that the chapel was rededicated to St Nicholas simply because the Island was known as St Nicholas but there is no definitive proof.

The issue of a customs house and whether the Island belonged to Devon or Cornwall are a little intermingled. Taxes on goods, often known as Prisage, became ever more important as trade expanded. Plymouth became a major port and therefore source of revenue on the back of this expansion. A couple of obscure sources both mention St Nicholas Island as being a place where merchants called in as part of the customs and tax process. There was at least as far back as 1316 a royal official called a Havener uniquely appointed in Cornwall to collect the prisage or tax on goods coming into the ports. It appears from the Havener accounts that St Nicholas Island was used as one of places for collecting the trade taxes. It also mentions that merchants were annoyed at having to pay prisage whether they were selling their wine or stopping for resupply in transit to a final destination. Worth also mentions in his book on the history of Plymouth that in the reign of Richard II (1377 – 1399) his parliament decreed that all merchants and mariners coming “to a place called Conners on the Island of St Nicholas shall not pay any duties on their merchandise unless it is exposed to sale” which may have been in response to the merchants complaints. It does raise a couple of interesting questions though. Firstly was the Island considered part of Cornwall as the Havener was unique to Cornwall. It could have been if it were part of the Trematon estate of the Valletorts before being granted to the Priors. However it may be that it simply didn’t matter back then, if the Crown gave the Havener authority to collect taxes in Plymouth and the Priors as the port and landowners got their due it may simply have been administratively convenient. Secondly was the Island used as a customs house or form of bonded warehouse and was the chapel part of that. As two separate albeit obscure sources support the idea that the Island was part of the customs regime it seems at least likely it was the case. However we can’t know what if any role the chapel played. There could easily have been a landing stage that just operated on certain days or at certain times to collect the customs which were then transported to Plymouth.

We can be more certain as to whether the Plymouth was granted the Island when it was incorporated. The incorporation was driven by the growing merchant class and they would have wanted control of the town and the ability to develop it to their own ends with their dues from the tax revenues. The Priors had agreed to relinquish control in 1438 for a yearly rent of £41. This was confirmed in the Royal Charter of the following year. That charter also expressly confirmed the Priors retained their rights over St Nicholas Island. Later Royal Charters confirmed these rights although some did reduce the rent paid by the Corporation. It seems likely as the Corporation was now running Plymouth that the Havener responsibility for collecting customs passed to the Corporation and as ownership of the Island was retained by the Prior that the collection point moved from the Island.

So it appears the Island was part of the customs collection for merchantmen entering Plymouth probably until the incorporation in 1439. Although not well documented there are two sources stating it was the case and it is not at odds when any other records. There is also a plausible explanation for how and why it happened. We are as certain as we can be that the ownership of the Island was retained by the Priors and did not come under the jurisdiction of Plymouth. It seems unimportant at the time if the Island was part of Cornwall or Devon. Although now clearly part of Devon it is more than possible it was originally considered in Cornwall as part of the Trematon Estate. Next week Drake himself is part of the Islands story and we consider if he took refuge on the Island as a 9 year old boy with his family fleeing the Western or Prayer Book rebellion in 1549.