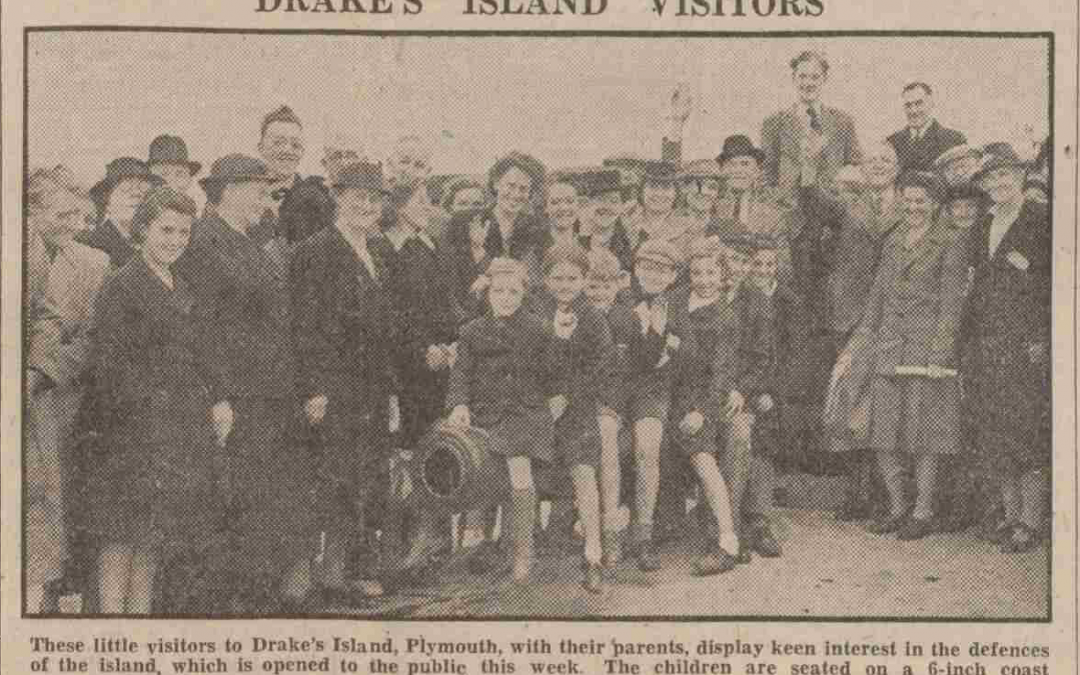 Local Politicians were keen to see land appropriated by the War Office during the War returned to Public use. Motions passed by the council called for the return of Central Park, Devil’s Point and all other land appropriated by the Government for the War Effort to be returned citing the need for recreational spaces and particularly football pitches. It was a popular local cause at the time and the local MP Mr H. M. Medland said the notice of motion strengthened the arm of himself and his colleagues, who were trying to get back for Plymothians what belonged to them. “During the war we had to give up many of our amenities, but in my view many were taken away without sufficient cause or reason. The curious thing about it was that the initiative for giving them back to Plymouth would come from the local people, because the people in Whitehall did not know anything about the Central Park at Plymouth. What we have do is to tell the War Office frankly that the Central Park is Plymouth’s property, bought by us and paid for by us for the use of our people, that the war has been over twelve months, and if the barbed wire and impediments have not been removed in six months we will remove them and send the bill.”

The Lord Mayor in 1946, Isaac Foot tied Drake’s Island into this cause calling for local MP’s to press the now Labour Government to return the Island to Plymouth over the next few years. Calling for the return of the Island was a little economic with the truth. Originally owned by the Valletort Family then passed to the Priors of Plympton the Island became Crown lands as part of the Duchy of Cornwall with the dissolution of the monasteries by Henry VIII. The Charter that incorporated Plymouth in the 15th Century specifically excluded the Island as part of the Town’s land so Plymouth never had ownership of the Island. However for now the Island was still seen as integral to the defence of Devonport and a garrison 12 Officers, 11 Warrant Officers and Sgt’s and 114 Other Ranks still manned the Island.

In 1948 the annual swim races between Drake’s Island and the Hoe resumed and the same year saw the Island involved in the first large scale military exercises since the War playing its part in defending Plymouth from air and sea attacks. All Plymouths fortifications were involved along with Navy Destroyers and RAF Squadrons playing as enemy and friendly forces. Also in 1948 there was a large grass fire on the Island which required the local Fire Brigades Fire Boat and took over two hours to put out. In 1949 there was a fireworks display organised by HM Gunnery School, Devonport held on the Island to open Plymouth Week. So the 1940’s ended with a military garrison still on the Island despite local pressure to pass the Island to Council ownership.

By 1951 the post war draw down of the Armed Forces was almost complete though further reductions would happen. The Island was not now garrisoned though the military did send RAF personnel across daily for training and maintenance. As back in the inter war years the only permanent resident was the caretaker, in this case Sam Kenyon. Sam had his census form delivered to him by boat in the full glare of the local newspaper in 1951 and complained it was the loneliest job he had ever had!!

In 1955 as it became clear the military would be pulling out sometime in the near future Isaac Foot renewed his calls for the Island to be given to Plymouth. The following year in 1956 it was announced that the Coast Artillery was to be disbanded and in 1957 the War Office confirmed the Military would be leaving. The advance in jet aircraft, RADAR and the development nuclear weapons meant the defences on Drake’s Island were no longer necessary to defend Devonport. The Ministry of Supply began to remove all the armaments and fittings down to electric cables and pipework including digging up the cables between buildings. Fortunately they didn’t find the 12 inch 25 ton guns that were buried on the top of the Island.

Various local groups took an interest in what the future of the Island could be especially with a view to it benefitting Plymouth and its citizens. First to lay claim were a cheeky group of locals including at least one schoolboy from Devonport High School who attempted to invade the Island in 1957 carrying the Coat of Arms of Plymouth. However their boat was a leaky old thing with an equally old and spluttering engine and the Navy with a rather more up to date launch intercepted them about half way across the Sound. They were then taken to the Island and given a stern lecture on the dangers of the Sound before being taken back to the Mainland. During the same year the Council was offered the opportunity to lease the Island. I couldn’t find the asking price but it must have been too much as the offer was refused with only a minority of councillors wanting to obtain the lease. The majority agreed with the Mayor saying that funding was needed elsewhere before considering financing schemes on Drake’s Island. Clearly if there were no funding available for the Island there would be little point in negotiating for the lease. At the same time Stan Goodman, a local councillor began to develop the idea of a camping site for boys which eventually morphed into the Adventure Training Centre.

With the military visiting the Island less frequently theft of any scrap of value left on the Island and some general vandalism began to take place. As a consequence in 1958 the Old Plymouth Society under the leadership of Stan Goodman gained permission from the Military to set up working parties to clear the Island and hopefully deter the theft and vandalism. The working parties were clearly identifiable wearing white overalls as they worked. The same year saw Plymouth City Council have their architect look at possible uses for the Island including holiday chalets and a Pleasure Garden although none would come to fruition mainly as they were not seen as being able to make money. The military formally pulled out in 1960 and the Island reverted from the War Office to being Crown Land. However there was one last military hurrah from the Royal Engineers who had a demolition field day demolishing a number of the WWII reinforced concrete gun and searchlight positions using the medium of Plastic Explosives to produce 1200 tons of rubble by the Casemates and in the tunnel and magazine complex.