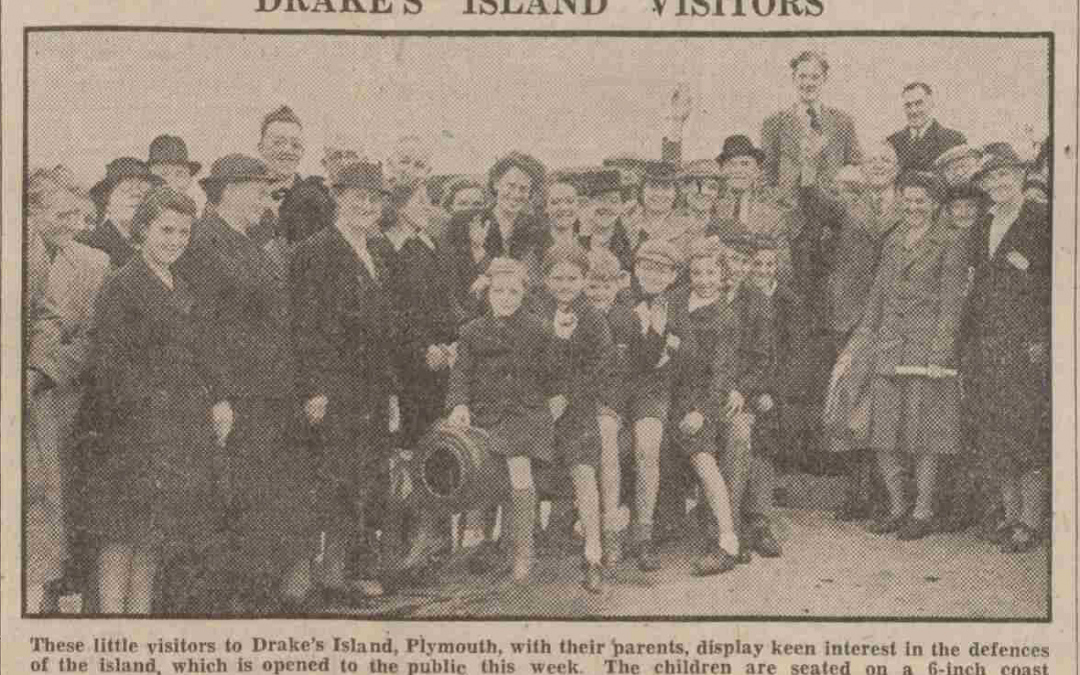 Immediately after the War finished there was local agitation to return land requisitioned for the War to Plymouth City Council. Prominent figures included Isaac Foot the Lord Mayor of Plymouth for 1945 and Chairman of the Special Purposes Committee and his son Michael the MP for Devonport. Understandably there was a need for access to sports pitches, access to beauty spots and other amenities which were on requisitioned land and had been denied for so long and were needed as the Forces demobilised. However the Foots also tied the return of areas such as Central Park with calls to return the Island to Plymouth. The problem being that the Island was owned by the Duchy of Cornwall and had been for centuries and had not been stolen from the people of Plymouth or the Corporation two centuries previously as Michael Foot falsely stated. In fact there had been fortifications on the Island since 1549 and the Island was specifically excluded from the lands that formed the boundaries of Plymouth in its 1440 Charter.

The initial demands abated as it became clear that the War Office would be retaining the Island as a fort in the short term although open days for locals were held allowing the Island to be visited to raise money for the Royal Artillery Benevolent Fund. In 1955 the War Office laid down conditions which if met by the Council would allow certain parts of the Island to be visited by the general public. However the Special Purposes Committee viewed the cost as too great to be justified given the additional costs of reconstruction after the War and turned down the proposal. Isaac Foot then pressed not merely for access but for the return of the Island to Plymouth based on the false premise that Plymouth had at some point owned the Island which it hadn’t.

February of 1957 saw the Permanent Secretary to the War Office, Julian Amery announce that the Military would be leaving Drake’s Island and it would cease to be a fort. Isaac Foot immediately restarted his campaign for the return of the Island in attempt to railroad the War Office into a decision. He enlisted the help of local military commanders to press the matter with Government ministers. However no matter how sympathetic they were to releasing the Island to the Council it was not their decision as they were not the owners and the power to release the Island to Plymouth rested with the owners of the Island, the Duchy of Cornwall although the War Office and other Government lawyers still needed to confirm ownership of the Island.

By this time the Guns had already been removed and the Military presence had largely left by 1950. In 1957 a solitary civilian caretaker was living on the Island, Sam Kenyon and parties of Royal Engineers visited the Island to remove anything of use from generators through fixtures and fittings to the electric and communication cables. The 3 tons lead piping in the roofs was not to be removed as it was part of the construction. Concurrently the Government departments and lawyers were investigating ownership, trying to ascertain the value of any transfer should the buildings have any value that would need to be met and if there were any outstanding debts attributable to the Island.

Later in 1957 a survey was carried out to assess the value of the buildings which was found to be negligible as the buildings had effectively been derelict for 7 years since the bulk of the military left. By September it was decided the original owners were the Duchy of Cornwall and that was to whom the Island would returned. The Royal Engineers reported in the same month that vandalism was happening on the Island with 338 panes of glass smashed and some hutting thrown into the sea. This would most likely be the remains of the temporary huts from World War II. Further vandalism occurred by December 1958 with the lead piping from the roofs that the Engineers were ordered to leave in place being removed presumably by some enterprising locals. Reports don’t mention the amount of lead removed but the damage was estimated at £1,600.

1958 saw the first enquiries to the War Office to see if the Island was for sale or if a lease could be obtained. It hadn’t been made clear that the Island was to be returned to the Duchy so all enquiries were sent through the presumed owner the War Office. Mr L A Read, a local Post Master was the first to enquire but it appears it was not a serious proposal. The Prison Committee whose head was an ex Military Officer were approached to see if they had any interest in early 1959 but they did not reply and later in April The Oreston and Plymouth Steamboat Company requested access to show passengers around the Island and offered to clean the jetty in return. In any case the offer was rejected. June of 1959 saw the National Trust requesting to view the Island. At this point all requests for viewing the Island or its disposal through sale or lease were still being fielded by the War Office as it still hadn’t been officially announced the Island was to be returned to the Duchy. However the War Office were passing those requests to the Duchy for information. The same month the War Office made a decision not to carry further maintenance or repairs on the Island as it would not add anything to the value of the buildings. This seems to have been after discussions between Treasury Lawyers and the Duchy indicated that the Duchy would not be willing to pay any recompense for the value of the buildings as they felt the land was owned entirely by them and the buildings were of no value in any case.

The National Trust confirmed in January 1960 they had a serious interest in either buying or leasing the Island. In February 1961 a surveyor to assess the value of the buildings was appointed by the Crown Estate Commissioners who are acting on behalf of the Duchy and an inspection is arranged. The assessment confirmed earlier assessments and officially puts nil value on the buildings which are described as derelict, access is confirmed as only by boat, there are no public services, water, electricity or sewage although there are holding tanks for storing water. Mr C W Tibbs acting for the Crown Commissioners however feels that a good price could be obtained for the freehold or leasehold despite the issues with access, occupation and use. A month later in March the National Trust asks the Crown Commissioners if they would agree to a long lease if they can come up with a viable scheme in partnership with the Council to preserve the Island especially for young people. In the same month the War Office officially makes the decision that the Island must revert to the Duchy as the Ministry of Works (Ancient Monuments Division) hadn’t declared an interest and there is no further War Office use for the land. The War Office confirms the buildings are of nil value agreeing with the Duchy assessment.

The National Trust were then kept appraised of further developments. In June they were present at a reconnaissance with the Royal Engineers for a proposed assault and demolitions exercise to agree on the targets. The brick and concrete buildings constructed during World War II were seen as eyesores and the National Trust were happy to have them removed using the medium of Plastic Explosives. In July 1961 the War Office Land Agent confirmed that all assets that were economic to recover have been removed.

July 1961 also sees the official confirmation that any further sale or lease of the Island is the responsibility of the Crown Commissioners and the War Office and local military command have no authority in the matter. The Admiralty confirm in the same month they have no use for the whole or part of the Island. By August the National Trust and Council are working together on their plans for the Island with the National Trust being the official leaseholder. In September the War Office declares the only charge on the Island is a rent of £1 yearly paid on December 25th to the Duchy for use of the jetty. They also ask for a part refund as the Island will officially be handed back as at 2nd October. It’s also confirmed the jetty is included in the transfer of the Island. On 2nd October the Island is formally handed back to the Duchy who within a couple of years agree to the lease to the National Trust for the Adventure Centre on the Island.