THE END OF THE ADVENTURE CENTRE AND SELLING OF THE ISLAND 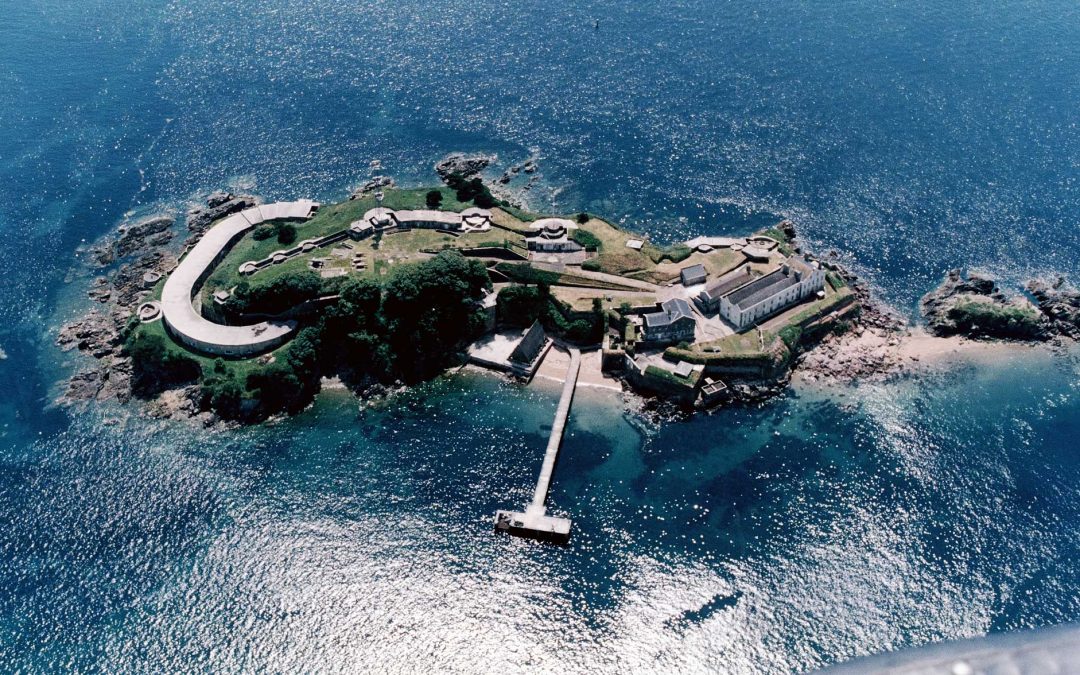 Things didn’t get any better throughout the 1980’s. By 1981 the Centre had £100,000 in interest free loans and was losing money year on year. There were increasing disagreements between the various committees, the Warden and the executive committee about how to run the Island and resolve the financial problems. In 1983 the lease holders required the Centre to make savings which the Committee failed to do taking the line that the Committee was autonomous and not answerable to the lease holders. The 12 inch Gun mounted on top of the Island was fired in 1983 by the Lord Mayor of Plymouth at a cost of £14,000. Support amongst local schools for the centre was also falling with most now going further afield in the UK and abroad. This is not to say that there weren’t many people working hard to raise funds and summer initiatives such as family day courses in partnership with the Plymouth College of Maritime Studies began. The following year in 1984 the Council assumed responsibility for the debt which was now £115,000 and contributed £50,000 to urgent repairs and renovations. On a number of occasions the Committee couldn’t fill the Chef Instructor or a number of instructor positions due to the comparatively poor pay. Even if they could fill the vacancies instructors often left and one Chief Instructor resigned adding to the management problems at the Centre. Problems with vandalism in the tunnels and casemates continued and with staff positions unfilled maintenance of the site in general fell with some areas being neglected. In 1987 the securing clamps for the water supply pipe were stolen and had to be replaced. Planned Kitchen renovations had not happened leading to the Head Chef and Assistant both resigning over environmental health concerns. A friend of the Committee stepped in for a couple of weeks to do the cooking until a replacement Chef was appointed only for the replacement also to resign for the same reasons as the original resignations. By 1989 the Centre had debts of £300,000 which were increasing year on year and the accommodation needed to be repaired before it could be used again effectively ruling out residential courses until the repairs were complete. By this time with the Council having to continually bail out the Centre with public money they were looking at cutting their losses and surrendering the lease. The Committee conducted a campaign to try and keep the Centre open pointing out the benefits to Plymouth and assuring people that they would continue under the new leaseholders. However this ignored the financial realities, new leaseholders would not take on either the investment needed or the debt knowing it would only increase on an annual basis and. One condition of the lease was that if the Centre closed then the lease was cancelled and the Island would revert to the owners, the Crown Estates and that is what happened at the end of the 1989 season bringing to an end the Adventure Centre on the Island. It is easy to see with hindsight the problems that caused the centre to close but this was not run as a commercial concern. They were a group of very well meaning local men and women who wanted to do something for the people and especially youth of Plymouth just after World War II. They campaigned to have the Island used for that purpose and took over a derelict Island with no utilities that had been stripped out by the military who had left 1200 tonnes of rubble on the Island. There were no staff and no funds just volunteers. From then on it was a matter of dealing with the immediate problems to get the centre up and running then keep it open year on year. This meant persuading the Council, national and local firms to contribute materiel and services for free as well as raise the funds to run the centre, recruit staff to carry out the training and oversee the management of the Centre all unpaid and in their spare time. That it happened at all is amazing and it did incredibly well to keep going for over 25 years. Unfortunately social change, increasing regulation which inevitably required more finances eventually proved too much and the Centre closed for good in 1989. The Adventure Centre sold off, gave away or took with them as mementoes much of the useful or valuable items and stores on the Island. Once the Centre was closed whatever was useful and left was removed by unauthorised visitors to the Island although because there was still a working Naval Mast on the Island the MoD Police did keep a watch on the Island.

With the centre closed due to its debts and a lack of funding the Island reverted to the Crown Estate. I think it’s worth explaining who the Crown Estate are as there is some confusion at times as to who owned and sold the Island. The Crown Estate is the lands and holdings of the Sovereign (Queen Elizabeth) and the Duchy of Cornwall (Prince Charles) held as a Corporation rather than as private holdings. The Crown Estate Commissioners exercise ownership although they don’t actually own the lands or holdings. Although the Queen and Prince Charles have no control over the decisions of the Commissioners they are answerable to Parliament and have to provide annual report. Although the Island was sold by the Crown Estate the Council was still influential as they could put conditions on the use of the Island through Planning Permission. This can apply not only to structural alterations and new buildings but also the actual use of the land and buildings. Initially conditions were applied to prevent the commercial use of the Island with the hope that a training centre of some kind  would emerge. One of the more bizarre schemes put forward was a boat building centre where apprentices would use wood working skills to make and then sail a Trireme. This was an ancient Warship using sail and 3 banks of rowers for power developed by the Greeks and Romans around 2500 years ago. Whilst it would have been hilarious to see an ancient Greek Warship taking on Her Majesty’s submarines or a visiting warship in the Sound perhaps unsurprisingly the scheme didn’t attract the required funding or investment. The only real prospect was a plan the Hole-in-the-Wall Gang organisation to use the Island as a retreat for children with serious illnesses and conditions and their families. This was a charity set up by the actor Paul Newman and although its main camp is still in the USA the Island was considered for a British Camp. The Hole-in-the-Wall Gang name comes from the Butch Cassidy and Sundance Kid gang, Paul Newman played Butch Cassidy in the film. The children and families got their services free and the scheme was funded entirely by donations by over 25,000 corporations and individuals and this sort of philanthropy is much more common in the USA. However the scheme did not eventually go ahead due only to the difficulty in evacuating someone with a serious condition during poor weather conditions and as this couldn’t be guaranteed unfortunately the scheme fell through. Unfortunately most plans floundered on the reality of the extra costs required to run and maintain a centre which made it financially prohibitive. Therefore to try and get a sale the training condition was dropped so commercial plans could be considered. A number of schemes involving Hotels some with Casino’s attached were considered and eventually in 1996 the Island was sold to Dan McCauley sometime Chairman of Plymouth Argyle.

Already having been abandoned for 7 years it was to take another 21 years until 2017 for Dan McCauley’s organisation to get conditional planning permission. Unfortunately this was a period of building, Health and Safety together with environmental regulation change. This meant as a planning permission application was considered any new regulation could mean part or the whole of the application having to be resubmitted. Eventually when conditional Planning Permission was granted Dan McCauley was not a well man and it was decided to sell the Island in 2018 which resulted in it being bought by the current custodian, Morgan Philips.

Whilst he has retained the Planning Permission Morgan’s approach is to make the accommodation affordable for most and have the Island open for visitors throughout the year. It is a 3 phase approach. Phase 1 is preserving the Island, so the History, Heritage and environment and habitats. This has started and is ongoing and includes public access to the Island. Because of Covid this has to be restricted to Guided tours but once restrictions are eased then a cheaper form of access where visitors can explore the Island for themselves will be available. You can book tours at helm tickets https://helmtickets.com/events/6220/drakes-island-guided-tour and these should be able to continue as the development progresses through the various stages.

Phase 2 is to get the facilities back on the Island, water, electricity and the like then in Phase 3 to refurbish the buildings as hotel accommodation and heritage centres. The building work can only be internal to the current structures so there will be no new buildings or adding of extra storey’s to existing buildings. There will be a couple of structures such as a lift to enable disabled access but essentially the skyline won’t change. Nothing will be lost internally as the buildings were simply bare barracks and stores rather than intricate homes and that includes the Governors House.

As most will know the next chapter in the Island’s colourful history has yet to be written but although this brings the Island story up to the present day it is not the end of what has been for me a fascinating few years of research and writing pieces on the Island’s history. I have been continuing to research whilst writing these pieces up and have found more incredible detail to update the posts. Not only will I continue to post new research but I will also concentrate on specific themes such as ownership through the ages, explore some of the myths, look at the various military units that served. Additionally I’d like to open it up and try to answer any specific questions people may have which you can send to me on the facebook page https://www.facebook.com/The-History-of-Drakes-Island-265140353923031