THE AFTERMATH OF WORLD WAR ONE AND THE ROARING TWENTIES 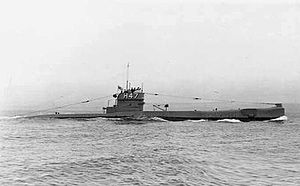 With the Armistice of November 1918 came peace but the war ended with Britain having cashed in considerable foreign investments and heavily in debt to the USA who were insisting on payment. Socially there was considerable upheaval with those that survived demanding social and economic change and the expectation of a Land fit for Heroes. Straight after the war it was considered unthinkable that another war would happen, World War One was supposed to be the war to end wars.

So the Garrison on the Island was run down fairly quickly after the war and by 1926 there was only a caretaker Paddy Flood on the Island. The guns and searchlights were maintained by visiting detachments from various locations around the Sound and during summer camps for the Territorial Army. This included live and blank firing practice for training the crews although there don’t appear to have been any large scale exercises during the 20’s.

In 1920 Excess huts and building materials from the Island were sold off by auction including sectional and non-sectional timber framed huts together with corrugated iron buildings with felt roofs that would have been used as accommodation, ablutions, cook houses, lecture rooms, recreational rooms and miniature rifle ranges. Fixings such as ovens were also sold off. The Astor YMCA Hut was bought by the Devon and Cornwall Sanatorium for Consumptives at Didworthy. In the same year there were heated discussions throughout Plymouth about where to build a War Memorial. Some, the Plymothians favoured the Octogon but a number of Navy Veterans favoured Devonport, The Island was explored it seems as a compromise choice and the Council discussed the possibility but this was rejected by the War Office the following year as the Island was still considered an important part of the defences for Plymouth. Interestingly the Hoe where the current memorial was unveiled in 1924 was initially considered unsuitable it was used by disrespectful and noisy youths.

A year late in 1921 the 7 submarine defences, or Dolphins as they were known, that were now constituted a danger to shipping began to be demolished. They were similar to the World War 2 anti-submarine dolphins that can still be seen at low tide between the Island and the Rame Penisular to the south west but were iron and wood cribs filled with stone rather than concrete. Once navigation buoys were installed the channel was again officially opened to Mariners using small craft and boats by order of the Kings Harbourmaster. The Island still saw the occasional boat running aground and in 1922 the schooner The Dolphin did exactly that. Fortunately no lives were lost and the schooner was refloated after a few hours.

A smallpox outbreak occurred in 1925 and there was initial discussions to use Drake’s Island as extra hospital accommodation but this came to nothing. The next year a Gunner Prentice who was part of the maintenance party from Penlee Battery that visited the Island during the week volunteered to garrison the Island with the Caretaker Paddy Flood doubling the population of the Island in an instance. His wish was granted and our solitary Gunner happily manned the defences and looked after the Guns. However he became concerned at the number of times the warning bells from the Breakwater fort sounded and the number of times the phone on the Island would ring. He came to the conclusion that although he wasn’t paranoid everyone was out to get him and he asked to be posted back to the mainland after 5 months although this could equally have been because winter was coming and the Island would be a much less pleasant place over the stormy season.

1928 saw a submarine packed with high explosive ram the Island thanks to a film company stunt going wrong. The film company had bought an old sub, HMS H52 off the Admiralty a year earlier. Apparently the Sub was to represent a German U boat that was attacked and sunk by a Devonport Q Boat that was also manned by Devonport mariners. A Q Boat was a merchant vessel usually under Royal Navy or Royal Navy Reserve command with the aim of luring U Boats to attack it. However they were armed with concealed heavy weaponry that would then be used to attack and sink the U Boat. The explosive on H52 was to be detonated to show the sub being hit and then sinking. However the Sub had no steering meaning it had to be towed by tug. It didn’t start well as the H52 immediately collided with the Jetty at Devonport at the start of her journey. Then a gale blew up cancelling filming meaning the Sub needed to be towed back. However the tow ropes broke as it was passing Drake’s Island and it ran ashore on the Island foreshore. It was eventually floated and towed back to Devonport after the gale had passed, fortunately without the explosive being detonated.

By the end of the decade the defences had fallen into some disrepair and tenders were put out for repairs to the Island but I couldn’t find out the extent of the problem. Socially there were regular swims by the local swimming club from the old Plymouth Pier out to Drake’s Island and back with those taking part known as the 7 O’clock regulars. Who encouraged new members to join them with their jolly anthem Come to the Pier

“The sun is shining to welcome the day,

Heigho! come to the Pier!

The boys are so bright & so merry & gay,

Heigho! Come to the Pier!

There are thin ‘uns and fat ‘uns and tall ‘uns and short, whatever their figures, they’re ready for sport,

Come then, seven o’ clock regulars, Dip in the pride of the morning,

Our presence cheery is chock full of fun!”