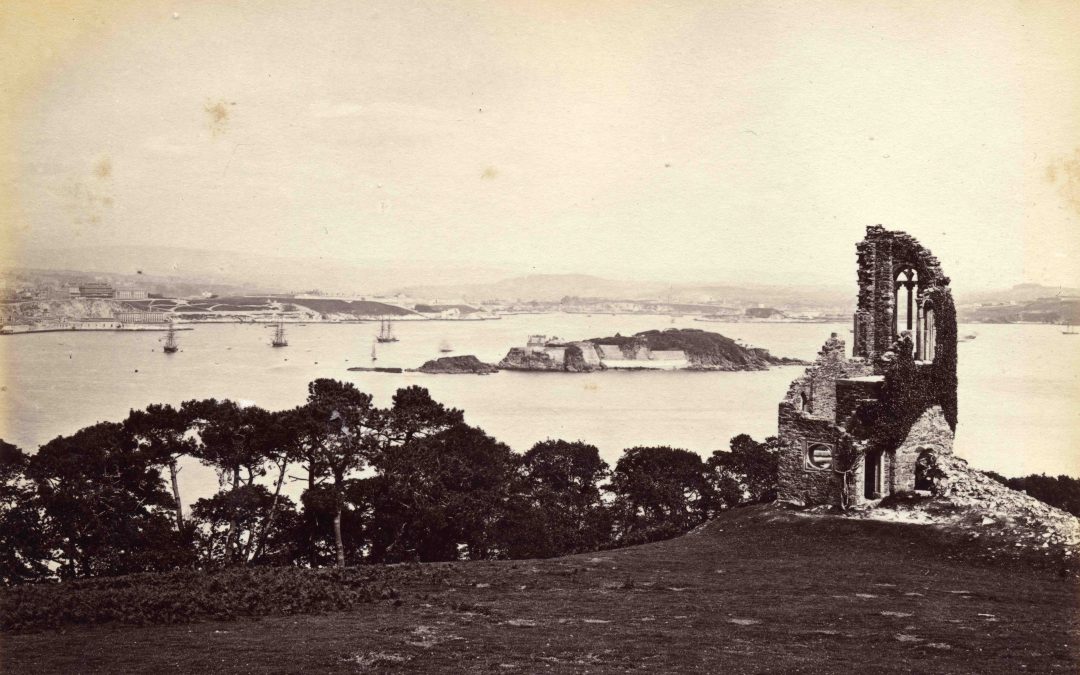 The first reliable breech loading guns became available in 1880 so less than a decade after the Palmerston Fort on the Island was completed its armaments were already out of date. The guns could now be loaded more quickly as the powder and shell could be loaded from the rear also affording the gun crews more protection. This started an arms and fortification race to develop the new technology. Over the next couple of decades sliding breeches, powder packed into brass cartridges and combined cartridges and shells would all be developed for both naval and coastal guns as well as the field artillery. However with the Rifle Muzzle Loaded guns just delivered to the Island would be its main armament for a couple of decades.

For the Island Garrison life continued as usual but under better conditions than before due to the Army reforms that had taken place. The Island was provisioned as before with regular tenders advertised in the newspapers for coal, kindling wood, forage and straw for paillasses (mattresses) although these ceased in 1888 when the commissariat was replaced by the Army Service Corps which was responsible for Barracks administration. The Royal Engineers appointed Building maintenance contractors by advertised tender, usually for 3 years to undertake minor works and repairs as required. An 1882 Western Morning News report highlighted “crumbling stone” on the Island and damage to the Island by gales in 1880 where the Island boats and slip was damaged and 1887 when one of the Island boats was washed away and the buildings suffered some damage which would have given the civilian contractors work along with general maintenance. As well as daily duties, the Royal Engineers, Army Service Corps and Medical Officer all held quarterly inspections of the Island and large parades were held annually for the Sovereigns Birthday, Additionally there would usually be three or four inspections by senior commanders or visiting royalty requiring a couple of pre inspections by lower commanders, usually the Garrison Commander and then District Commander before the main event. These visits usually incorporated a demonstration of the Guns.

The Island was usually garrisoned by a detachment of the regular Army Artillery from Western District although other units often in transit through Plymouth were used. It was not usually at war manning when the Island Garrison would be augmented by the Volunteer or Militia Artillery units of Western District. The regular detachment would carry out gun practice usually with blank ammunition and would instruct the Artillery Volunteers on their annual camp which would also involve the guns being fired. To give an idea of the power and noise produced, even with blank firing warnings were given to local residents via the newspapers to open their windows to reduce the chance of damage from the concussion blast of the guns. Once in a while regular Infantry units also received Artillery training. Amongst the regular units on the Island in this period were No 1 and 3 Battery, 1st Brigade Southern Irish Division, 1 Bty 3rd Brigade Western District, 9 Bty 1st Bde North Irish Division who were commanded by Major W P Georges RA and 8 Bty Western District. Militia or Volunteer Units that held part of their training and annual camps on the Island included the 1st and 2nd Devon Artillery Volunteers, the Devon Artillery Militia and the 2nd Volunteer Brigade Devonshire Artillery. For clarity the reserve forces were undergoing reorganisation during this period so units had name changes but were comprised of the same men. The Sherwood Foresters, a regular infantry unit also received basic artillery training on the Island. The number of guns varied but the main batteries were the Upper Battery of 3 x 11 inch and 2 x 12 inch guns, 4 of which are still on the Island today with 13 x 9 inch guns in the casemates. 11 were pointing South East towards the breakwater and 2 East covering the channel between the Island and Mount Batten. The 8 empty casemates housed the gun crews who slept in hammocks. There were also a mix of older 80, 64, 32 and 18 pounder guns but these decreased over time presumably as they were taken out of service.

One civic duty the Island had was to fire the morning (6am) and afternoon (1pm) gun so the good folk of Plymouth and more importantly the ships could reliably set their timepieces. The Island had the duty as it was in the best position to be heard all around the Sound. Initially Mount Wise would confirm the time and immediately drop the signal cone on the flag pole which was the signal to the Island to fire the gun. There was only supposed to be a delay of ½ a second but it was often up to 5 minutes and in bad weather when the signal couldn’t be seen the Gunner would just guess the time. This was not particularly accurate and led to a number of complaints from both Mariners and the Chamber of Commerce. In 1886 an attempt was made to remedy the problem by building a small signal house at Mount Wise to house an electric clock that would be linked by electric cable to Greenwich giving the accurate time at Plymouth. At the appropriate time the signal cone would be raised on a flag pole by an electrically operated spring and the gun would then be fired on the Island. This cunning plan had but one flaw. The gun on the Island was still operated by a man and that man was a Gunner, not a soldier particularly prized for his intelligence. First he had to be on duty on time, have the gun loaded, be able to see the signal and then fire the gun. Unfortunately this proved too much for our gallant Gunners and following more complaints the duty of firing the gun fell to Mount Wise within a year.

It appears the Gunners behaved themselves over the decade although Corporal Garrett was Court Martialled for stealing £5 2s 8d which had been left by the paymaster for the pay parade of the Garrison. Next week the final decade of the 19th Century.