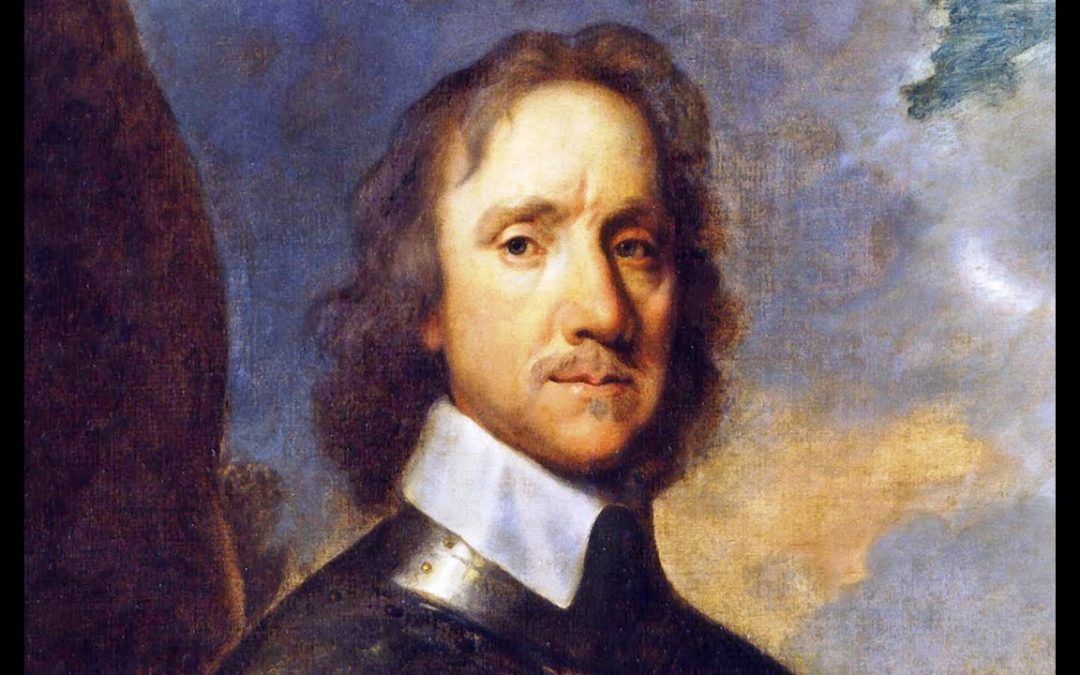 As the Civil War wound down towards a Parliamentary victory in late 1645 Colonel Ralph Weldon was appointed Parliament “to be Governor of the Garrifon at Plymouth and of the fort and Ifland there and of all the forces in them.” A loyal parliamentarian he held the post until 1659.  The Island was manned and Colonels Gould, Kerr and Hatsell are all mentioned as having commanded troops on the Island. The Island defences hadn’t changed from Tudor times. The Gun emplacements were still placed at points all round the Island and the buildings, soldiers barracks, Governors House and stores were still at the top of the Island enclosed by a defensive wall that went all round the Island. There were no repairs or changes and for the Island it was largely a quiet period. Plymouth was loyal to Cromwell and he had wider concerns in maintaining power.

After hostilities ceased the Island was used to resupply Regiments that had declared for Parliament in Ireland. Parliamentary papers in 1646 mention arms being sent to Sir William Cole who commanded a Regiment raised in Enniskillen and had taken the covenant or declared for Parliament earlier in 1643. They would have been in hostile country as Ireland was very much Catholic and opposed to Cromwell and his Puritans.

After winning a war there is an inevitability about splits amongst the victors about how to use their victory. Although Charles I was a complete arse and inept as a King, Cromwell and his supporters proved equally as hopeless. Essentially the mass of the Parliamentary Army, especially the lower ranks, supported the Leveller movement. This emphasised popular sovereignty, extended voting rights, equality before the law and religious tolerance. Cromwell and his followers who held the senior military appointments and were strict puritans felt the masses were either not deserving of or ready to responsibly exercise so much freedom and it should only extend to the higher echelons of the population. In fact Cromwell was fervently anti Catholic and in his pursuit of Puritan doctrine rather ironically relied on God for its justification just as Charles had relied on God for his Divine Right of Kings to justify his equally authoritarian idea of governance.

Initially there were some Leveller rebellions in the Army which Cromwell put down. Then in 1649 an Irish Catholic and Royalist alliance rose in Ireland. Cromwell put this down in a brutal fashion over 2 years, seizing land for Protestant settlers and imprisoning thousands of Catholics. Indeed over 50,000 were transported to the Caribbean as indentured labourers, little better than slaves. A curious legacy is that Montserrat, a small British dependency in the Caribbean where some of the Irish Catholics were exiled still celebrates St Patricks Day as part of its cultural heritage and had Plymouth as its Capital until a volcanic eruption in 1995.

Once the Irish had been subjugated the Scots decided to rise up and declared Charles’ son Charles II as King. Cromwell successfully invaded though wasn’t nearly as genocidal as he had been in Ireland but still imposed direct military rule on the Scots. Having finally dealt with the Irish and Scots he returned to England to find that Parliament with no common cause as the King had been deposed, now split into various factions. With further irony Cromwell imitated Charles I by entering Parliament with the Army and forcibly dissolving it. Cromwell then hoped for a Parliament of religious men, preferably of his puritan persuasion, that would find a permanent constitutional and religious settlement for the Kingdom. Unfortunately for Cromwell the new Parliament was selected by asking the Puritan congregational churches to nominate MPs. A significant number of the nominees proved to be an even more extreme religious bunch than Cromwell, called the Fifth Monarchists – they believed the Fifth Monarchy would be Christ himself. Horrified Cromwell and his supporters decided to dissolve his rigged parliament on the basis that it was rigged. Finally in 1653 the council, which was Cromwell and his supporters, passed the Instrument of Government which meant Cromwell could become Lord Protector or more accurately dictator. He divided England into military districts, each administered by a Major-General and more importantly a supporter of Cromwell.

Abroad Cromwell fought against the Dutch from 1652-4 which resulted in stalemate. Early in the war there was a short naval battle, the Battle of Plymouth. Dutch merchantmen were assembling to be escorted through the English Channel to be protected by elements of the Dutch Navy. Although the English were superior in numbers and firepower the Dutch were hoping for a decisive battle before rendezvousing with the merchantmen but the English fleet was waiting for the merchantmen in the hope of capturing valuable prizes. Eventually the combined Dutch feet was spotted off Plymouth and the English Fleet got underway. The English were uncoordinated with some of the fleet engaging the Dutch but a significant amount waiting for the Dutch Merchantmen. As a result the battle was inconclusive in terms of ships destroyed but was a tactical victory for the Dutch, their merchantmen passed through unscathed and the English retired to anchor in the Sound.

Cromwell subsequently fought against the Spanish and gained Jamaica and against the French where he gained Dunkirk but Charles II sold it back in 1662. As regards the colonies in America and the Caribbean some were loyal to Parliament and others Royalist. However by making trade illegal with any rebel colonies they all eventually submitted to Cromwell and were then generally left to administer themselves.

Cromwell died in 1658 and was succeeded as Lord Protector by his son Richard. Richard had no power base in either Parliament or the Army and was forced to resign in May 1659 ending the Protectorate. There was no clear leadership from the various factions that jostled for power during the short-lived reinstated Commonwealth so George Monck, the English governor of Scotland, at the head of the Army in Scotland was able to march on London. Major General John Lambert, who would later be imprisoned and eventually die on St Nicholas Island, was sent with a large parliamentary force to either negotiate with or force Monck to see the error of his ways. However as Lambert marched north to meet Monck his Army deserted and he returned to London virtually alone. On the Island Major General Desborough had been appointed Governor to succeed Ralph Weldon. Desborough was seemingly a loyal soldier but with little common sense and whose idea of governance was brute force. His tenure was very brief, possibly only a week as even his own Regiment mutinied against him. Monck marched into London unopposed and restored Parliament. Sir William Morice, a relation of Monck’s and MP for Plymouth was then appointed Governor by the new Parliament as it made the constitutional adjustments to restore the Monarchy in 1660.

Following the restoration Charles II used the Island as a State Prison. However there were relatively few prisoners, most only imprisoned for months and then not all at the same time. But more of that next week.