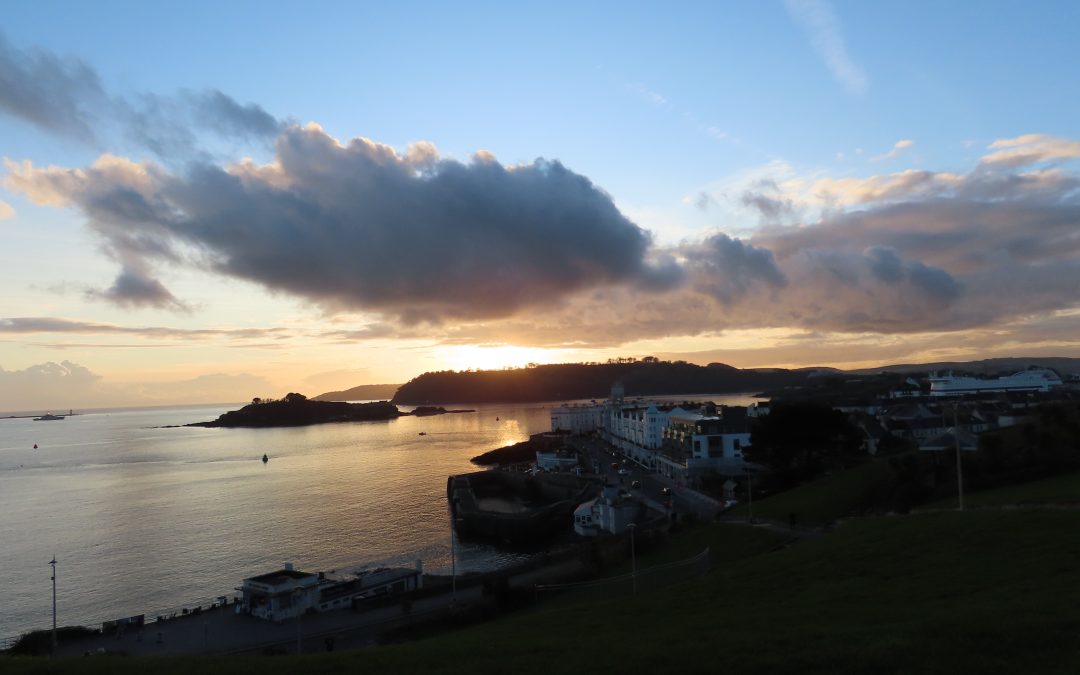 By 1874 the first set of Army Reforms known as the Cardwell Reforms after the Secretary of State for War had been promulgated. The Crimean War had exposed the Army as being undermanned and incompetently administered but reforms were being resisted by the old and bold of the top brass. However the threat of German invasion in 1870 provided the impetus to overcome the objections. Flogging and branding were abolished in the hope of raising the quality of recruits which would be needed to expand the Army, troops were withdrawn from the Colonies which were to raise their own forces for policing allowing the military to discharge consistent offenders and allow more extensive training to take place, over 26,000 troops returned to the UK. The maximum term of enlistment was reduced from 21 years to 12 and soldiers could spend part of that time in the reserves ready to be called up in times of emergency. Additionally the Country was divided into Brigade later Regimental districts based on Counties, Infantry Regiments now became County Regiments except for the likes of the Guards with the First Battalion serving overseas, the Second at Home training based at the County Depot and the Third being the Militia or Volunteer Battalion. The sale of Officer Commissions was also banned so Officers had to be commissioned and gain promotion on merit.

On the Island after the problems with 12th Brigade, the mutiny and petty tyranny of Major Cummings 10th Brigade took over Garrison duties in 1874 but not before Gunner Browning broke out of detention on the Island but was caught after a couple of days. Battery Sergeant Major MacDonald took over as Master Gunner from BSM Hilyard who had retired and pensioned off. Tenders were advertised to carry out alterations to the magazines and stores and Gunner John Smith a serial offender who had been convicted 4 times previously pleaded guilty to deserting from the Island and making away with a portion of his kit. Gunner McGill was also charged and found guilty of being drunk and making away with his kit. Soldiers often took their kit to sell or pawn to fund their escape or drinking.

Garrison life continued with its round of duties and monthly, quarterly and annual inspections on the Island. The Duke of Cornwall’s Artillery volunteers who were trained on the 11 and 12 inch 25 ton guns of the Upper Battery were also on the Island as part of their annual camp in the summer of 1874.

In March 1875 the newspapers reported that clothes belonging to BSM MacDonald had been found on the rocks of the Island indicating the BSM had either committed suicide or absconded from the Island by boat or swimming rather than face charges of fraud. The fraud concerned iron sights for the guns which were also missing. Over the next couple of days it appeared that the deficiencies were quite extensive and he had been ordering fittings and rope in addition to the iron sights and presumably selling them on. Subsequent investigation showed the BSM had been systematically ordering and selling on stores for some time even getting some of the garrison to load vessels that the BSM used to take the stores to the mainland. A few months later a letter arrived that showed the BSM had escaped to the USA and was enjoying the proceeds of his ill gotten gains in the New World. BSM Macdonald was replaced as Master Gunner by BSM Marsh.

Later in May Gunner Christies was charged at civil court with kicking the wonderfully named Seaman Trout of HMS Achilles and biting PC Barker during his arrest. He was found guilty and jailed for 3 weeks. Unfortunately Mrs Wodehouse, presumably the wife of a Gunner stationed on the Island gave birth to a stillborn baby in the same month. 1877 saw a major alarm when the distress guns were fired on the Island during a storm. Initially rumours of another mutiny were given as the cause however this wasn’t the case. Three Gunners had put off in a boat to come back to the Island but were seen to be carried off and had gone missing. Fortunately they landed further down the coast and hadn’t been injured. By now an additional duty, the firing of a time signal, the One O’Clock Gun was done from the Island. The correct time checked by an electronic signal from Greenwich London.

1877 saw a major inspection of the Gunners on the Island by the Commander of 3rd Brigade RA who were now providing the Garrison on the Island. Lt Crookenden RA who commanded the Drake’s Island Battery together with the detachments from Fort Picklecombe and Bovisand all manned the Island Guns both in the casemates and the larger guns of the Upper Battery. Blank rounds were fired and it was the first time all the guns on the Island had been fired on the same day. This was preparation for a major exercise that would see the Channel Fleet attempt to attack Devonport. However a disagreement between the between the Port Admiral and Colonel RE who favoured the exercise as a show of naval power and the Superintendent of the Dockyard who felt it would be misinterpreted abroad delayed the exercise and the Admiralty sided with the Superintendent so the ships lay at anchor in the Sound for a few days until they were redeployed.

November of 1877 there was an angry letter to the Western Morning News complaining of moustache cruelty by the military authorities to military offenders which is reproduced below.

1878 saw official Government recognition that Drake’s Island was in the parish of St Andrew’s and part of Plymouth by granting the Council the authority to grant the annual licence to the Canteen on the Island. Always a matter of debate the Island originally belonged to the Barony of Trematon in Cornwall. When Plymouth was incorporated the Charter specifically excluded the Island then owned by Plympton Abbey as it was in the parish of Maker and not part of the lands rented to the Corporation by the Prior. Later during the dissolution of the Monasteries under Henry VIII the Island reverted to Crown Land. Although the ability to grant a licence wasn’t a change of ownership it was official recognition that the Island was now in Devon and part of Plymouth. The fishing appears to have been good around the Island with reports of up to 26 boats around the Island fishing for Plaice, Skate, Sole and Pollock. Crab and Lobster fishermen as well as Conger Eel fishermen were also busy in the Sound and around the Island. By now 7th Battery 8th Brigade were the garrison detachment on the Island. This year the Island hosted the Devon Artillery Militia for their annual training and the following year saw the Gloucester Artillery Volunteers training on the guns. 1879, saw the Iron shields installed and 11th Brigade now garrisoning the Island but not to the liking of Gunner Samuel Fisher who deserted but was recaptured and taken back to the Island. The following year there were some minor works tendered on the Island. 1880 and Gunner James Welsh of 7th Brigade pleaded guilty to deserting from the Island with some of his kit having been on the run for 11 days and being recaptured in Lancaster.

The Childers reforms in 1881 completed the major reforms of the British Army. Each Regiment would now have 2 line or regular battalions and 2 militia battalions. The number system was abandoned and regiments became known by their regimental district (often county) name although there were a few exceptions such as the Rifle Corps. Terms of enlistment were changed with 7 years regular and 5 in the reserve. The artillery militia and volunteer forces remained unchanged until the Royal Garrison Artillery was formed in 1899 and by 1902 included the volunteers as Royal Garrison Artillery (Volunteers) or (Militia). Next week a look at the Island during the last decade of the century.