DID THE COUNCIL OWN THE ISLAND AND GIVE IT AWAY? 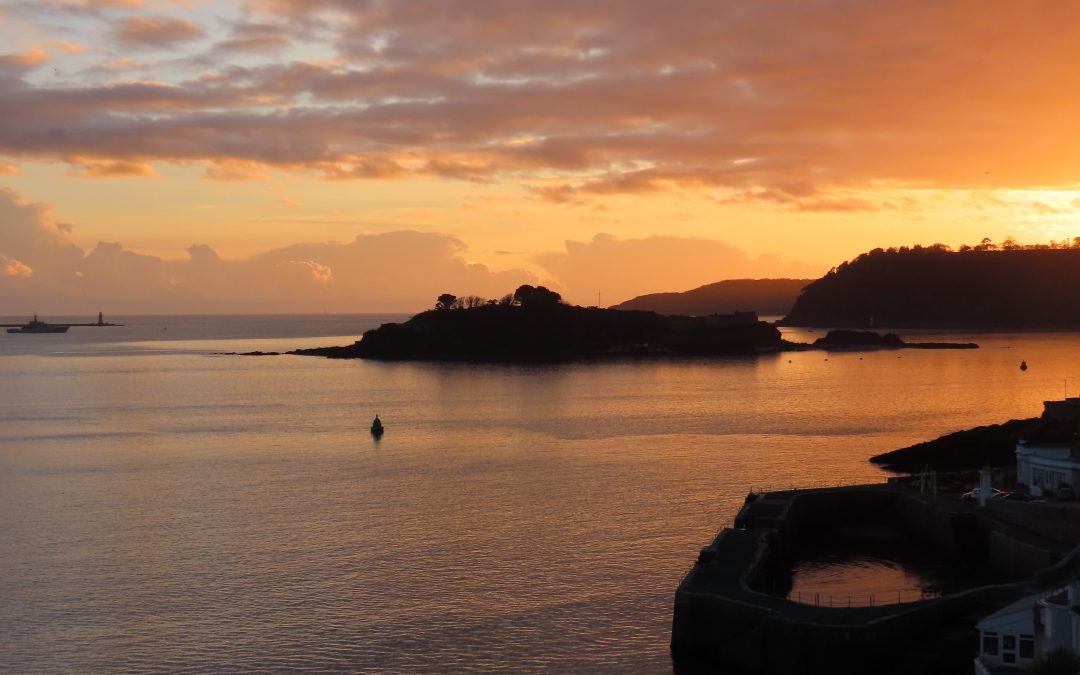 The belief that Plymouth City Council owned the Island at one stage and then sold it for £1 or gave it away is something that is often repeated in the comments on webpages or on News websites. So is there any truth in the rumour?

To explore this we need to try and trace the ownership of the Island throughout the ages and there is a fair amount of information from various records to help us prove or disprove the assertion and find where any confusion may have come about.

To start with we need to go back to just after the Norman Conquest by William the Bastard, later The Conqueror, in 1066. After his victory William rewarded many of his supporters with the tenancy of various lands. He retained ownership although unusually gave ownership of a lot of land, especially in Cornwall to his half brother Robert, Count of Mortain. One of the families that came over with Robert was the Valletorts and as head of the family Reginald was rewarded with the tenancy of the Barony of Trematon in Cornwall. We know who held these lands from the Domesday Book, a survey of most of the Kingdom produced in 1086.

However there is no mention of any Island of any name in the Sound being held by anyone. However at the time the Tamar was considered part of Cornwall, the border with Devon was the east or Devon Bank. It seems this extended around the Sound up to but not including the River Plym. The Duchy of Cornwall held the rights over the waters but not the Quays once they were built as Plymouth became a trading port in later years. One of the other manors held by Reginald Valletort was Maker in Cornwall, confusingly the Domesday Book also has a manor of Maker in Devon but that was held by the King not Reginald. This meant that Reginald held the lands on the Cornish side which seems to have included the Island. Certainly the Valletort family built the first building, St Michael’s Chapel, on the Island and also held the ferry rights at Saltash.

The next event was the transfer of the Island, and other Valletort family holdings to the Priory of Plympton by 1290. It seems the Valletort family weren’t the most financially astute and were in debt. As mentioned they didn’t own the land but were tenants and had to pay their Lord, in this case the Earl of Cornwall as it didn’t become a Duchy until 1337. However with the approval of their Lord they could in essence sell their land on but the new tenants would be liable for the fees due to the Lord but would have the rights associated with the tenancy. By the late 1200’s the Island is now in the hands of the Priory who also have the tenancy of Sutton (sometimes known as Sutton Raf), Sutton Valletort and Sutton Priory. This is important in the next part of our trail of ownership.

In 1439 and confirmed in 1440 the town of Plymouth becomes the first in England to be incorporated by Parliament and receives its Charter. The Charter stated that the Corporation would rent the lands of Sutton, Sutton Valletort and Sutton Priory from the Priors of Plympton for £41 per annum. The Charter specifically excluded St Nicholas Island from the Corporations “Franchises and Jurisdiction”. The Island and its fishing rights were retained by the Priory. The only reason Corporation Officials could land on the Island was to pursue felons that had fled there.

The next major event was in the reign of Henry VIII who was having his own Brexit from the Church of Rome. Part of the strategy was the dissolution of the Monasteries whose land and wealth would revert to the Crown. The Plympton Priory was dissolved in 1537 and therefore the land and wealth reverted to the Crown. However because of the unique status of the Duchy of Cornwall the Island actually reverted to the Duchy rather than the Monarch. It’s worth mentioning that the Duchy held lands in both Devon and Cornwall and whether the Island was ever Cornish is another question entirely that I will look at in a future Blog. In any case the Duchy retained the Island until it was sold to Dan McCauley in 1996. The Council, or Corporation before it never owned or had any rights over the Island so couldn’t have sold it or given it away.

So why the rumour that the Council owned it and gave it away or sold it for a £1? I’ll look at a couple of areas of confusion that have led to this happening. The first is a document from 1580 where the Corporation asks John Hawkins to prepare a document to an agreement between the Crown and the Corporation. This refers to the transfer of the buildings and furnishings on the Island however not the ownership. The first Tudor fortifications began around 1550 and the Corporation carried them out having been granted by the Crown some additional funds from local taxes and customs collected at the Port. There were always disputes over money in those days as now and this seems to have been a formal end to one those disputes with the Corporation claiming ownership of the buildings until a settlement was reached. There is another element of confusion when a few years later in 1583 it is sometimes stated that the Corporation appointed Sir Francis Drake as Governor of Plymouth and the Island. This was just a petition to Queen Elizabeth for Drake to be appointed, the Corporation didn’t have the authority to appoint its own Governor. The petition was refused, the first Governor of Plymouth and the Island was Sir Ferdinando Gorges who was appointed in 1595. Drake never became Governor although he was elected as an MP and Mayor of Plymouth.

We now need to fast forward to just after World War II. The local Council and MP were Labour and there was a campaign to have a number of requisitioned lands returned to the Council. Local politicians, notably Isaac Foot included the Island although it had never been requisitioned saying it had always belonged to the people of Plymouth. Unfortunately as it was he was lobbying the War Office (later the Ministry of Defence) who had no ownership they were merely occupying the fortifications so had no authority to hand the land to Plymouth even if they wanted to.

However by 1963 a lease from the Duchy was granted initially to the National Trust for the Island on condition that there was an Adventure Training Centre on the Island. So if the Centre closed the lease would be null and void. Unfortunately the Adventure Centre never broke even and was losing more and more money annually and there were constant dispute between the Drake’s Island Committee who ran the Island and the National Trust who were responsible for the lease. Eventually the lease passed to the Mayflower Trust and finally to the Council. By 1989 the Council felt it could no longer justify the expense needed to subsidise the Centre and keep it open. Funding ceased, the Centre closed and the lease was voided. The Duchy decided to try and sell the Island however he Council was still involved as they were the planning authority and could put restrictions on how the Island could be developed. Initially the Council imposed restrictions that meant the Island had to be used in a way that could be seen to be beneficial for Plymouth as a whole rather than for private profit to try and keep open for the public. However nothing materialised, the only serious plan was by the actor Paul Newman for a holiday venue for sick children and their families however when that fell through the Council dropped some of its restrictions and the Duchy accepted the bid from Dan McCauley. Rotolok, the holding company then sold the Island to its current custodian Morgan Phillips in 2019.

I hope this clears up the rumour that the Island was sold or given away by the Council. It was never owned either by the Corporation or Council, they couldn’t have sold it or given it away. The ownership has been relatively straightforward from 1066. Originally owned by Robert, Earl of Cornwall but the tenancy granted to the Valletort family. Around 1290 the tenancy passes to the Priors of Plympton and on the dissolution of the Monastery in 1537 is once again part of the Duchy of Cornwall which superseded the Earldom of Cornwall. It is then occupied by the Military until 1963 when a lease is issued by the Duchy and it is occupied by the Adventure Centre. When the Adventure Centre folds because of financial issues the Island is eventually sold by the Duchy to Dan McCauley and then onto to Morgan Phillips.